What is the Best Blog Font for You?

Hey bloggers! Are you struggling with finding the best font for your blog? Look no further!

Choosing the right font can improve your blog's readability and overall aesthetic.

That's why I've done the hard work for you and rounded up a list of the 14 best fonts with high readability that will take your blog to the next level.

From sleek and modern to classic and traditional, these fonts will give your blog a unique and engaging look.

Open Sans, Roboto and Lato are perfect for a modern and clean look, while Poppins, Source Sans Pro, and Ubuntu bring a playful and unique touch.

Nunito, Montserrat, and Merriweather exude a timeless and professional feel.

If you're looking for something with a bit more history, try out Arvo, Jost, or Vollkorn for a classic and traditional look.

But that's not all; I've also included Martel Sans and Lexend font.

Each of these fonts has its own unique flair that will make your blog stand out from the rest. Choose the right font for your blog and watch your readership soar.

So don't settle for just any font; Continue reading or skip to the part you're searching for to select the ideal font for your new blogging project.

Also, don't forget to check out our other articles on best ai writing tools and tips to become a successful blogger.

How to Choose a Blog Font?

When it comes to choosing a font for your blog, the most important thing to keep in mind is readability.

You want to make sure that your readers can easily read the content on your blog, regardless of whether they're viewing it on a desktop or mobile device.

Another important factor to consider is the tone and style of your blog:

Is your blog geared towards a more professional audience, or is it more laid-back and casual? This will play a role in the type of font you choose.

For example, a sleek and modern font like Open Sans or Roboto would be a great choice if your blog is more professional.

On the other hand, if your blog has a playful and quirky feel, a font like Poppins or Source Sans Pro would be a great choice.

It's also important to think about your target audience.

If your blog is geared towards an older audience: a classic and traditional font like Arvo or Jost would be a great choice.

If your blog is geared toward a younger audience: a more modern font like Lato or Merriweather would be a great choice.

Lastly, ensure that the font you choose is compatible with most web browsers to avoid display issues on different devices.

Choosing the best font for your blog takes time and experimentation. Remember, readability is key and the tone and style of your blog, your target audience, and font compatibility are also important factors to consider.

Take your time and experiment with different fonts.

With so many options available, it can be overwhelming to sift through the choices. But don't worry; I've done the work for you and handpicked 14 of the best fonts for blogs. From popular choices like Open Sans and Roboto, to lesser-known gems like Martel, these fonts are sure to make your blog stand out.

Open Sans is a popular font choice for blogs because it is a clean, modern, and easily readable font. The font has a geometric appearance with open letter forms and a neutral yet friendly look.

This allows for flexibility in design and emphasis, making it easy to create a consistent and cohesive look across different blog elements.

Open Sans is also visually appealing on all types of devices from desktop computers to smartphones.

Roboto is known for its easy curves and geometric leanings, allowing a smooth reading rhythm. It has become the most downloaded and installed Google Font due to its geometric yet friendly design.

It is highly legible, especially when used on the web and in smaller font sizes. Additionally, the font is available in 12 different styles, including regular, condensed, extended, and slab.

It pairs well with Open Sans and Lato.

Lato is known for its easy readability at small sizes while providing unique character at larger sizes.

The font comes in 2 different weights, with the light version having a thinner appearance than the regular option, which allows for optimization for larger displays and legibility.

Lato pairs well with other blog fonts such as Cardo, Fira Sans, Yellowtails, and Merriweather. It is widely adopted by more than 8,000,000+ websites, making it a great choice for blogs. Poppins is a playful and fresh script style font created by the Indian Type Foundry. It's great for use in short passages about food, fashion, or other light topics. Poppins is a geometric sans-serif font that is legible and suitable for headings and body text.

It's perfect for modern websites and can boost your Google ranking by increasing engagement and interaction on your site.

Adobe designed Source Sans Pro, a flexible and popular sans-serif typeface. It's Adobe's first open-source typeface family, with ten distinct styles that may be used anywhere on a blog.

It's one of the most popular Google web fonts, with over 4 million websites using it, and it's ideal for creative projects that demand a clean and minimalistic look.

Source Sans Pro font may be used for both personal and business purposes.

The Ubuntu font is a versatile and elegant font designed by Dalton Maag, initially for the Ubuntu Operating System.

The cool edges make it great for blogs or sites featuring tech-based content. With 8 different weights, It's great for titles and headings.

It pairs well with other fonts like Oswald and Open Sans to create a professional and elegant look.

The font is intended for use on user interfaces and visual communication and is optimized for on-screen reading.

Nunito is a versatile sans-serif typeface. It is rounded and terminal in style, making it ideal for logos and headlines. However, it can also be used for body text due to its wide availability in publishing software like Adobe InDesign.

The font comes in 14 different styles and supports Central European languages. It pairs well with Roboto and Montserrat, and its rounded character design gives it a modern and clean look.

Overall, Nunito is a well-balanced font that is perfect for headlines and body text and can be used to give a professional look to any project.

Montserrat is a font inspired by the posters and signs of a traditional Buenos Aires neighborhood, named after the place it was inspired by.

The font has a unique urban feel to it and works well on its own as well as when paired with other popular fonts like Georgia, Open Sans and Lora. Monserrat font was designed with mobile devices in mind, which means it's optimized for smaller displays and is easy to read at any size.

Montserrat has considered one of the best Google fonts for web development as its default setting provides a subtle yet unique look to your content without distracting it. The font was created to make it usable for screens and paper. Merriweather pairs well with popular fonts like Roboto, Open Sans, Replica and Brandon Grotesque. Arvo is a typeface that exudes professionalism and class. With its sleek curves and wide areas, it's the perfect choice for headlines that demand a touch of elegance. This versatile font is suitable for both screen and print, and it's available in four different weights.

One of the standout features of Arvo is its Libre Font license, which means it's free to use and distribute.

I highly recommend experimenting with Arvo's font pairing options. It pairs exceptionally well with Oswald and Lato, creating a polished and cohesive look for any project.

Whether you're working on a professional website or designing a fancy invitation, Arvo is the font that will take your blog's look and feel to the next level.

Jost is a versatile and modern font that combines the geometric qualities of the latest design elements to make it highly usable on digital screens.

It is licensed under the Open Font License and is featured on over 200,000+ websites.

Jost is also under active development as a variable font; with its many weights and elegant style, Jost is a great choice for any project that demands a touch of sophistication. Vollkorn is also a versatile font that is best for both the headings and the body of a blog post. It is known for its simplicity and readability.

The font is available in 8 different styles and pairs well with Lato and Roboto. It was published in 2005 under a Creative Commons license and was widely adopted for web and print projects.

This elegant font is perfect for headlines and titles, and its unique character design and contrast between thick and thin strokes will make your blog stand out.

But it's not just about the looks – Martel is also optimized for screen use, ensuring that it will look great on any device.

It pairs beautifully with other fonts such as Roboto, Montserrat, and Lato. Don't settle for just any font – choose Martel for a professional and modern design that will make your blog stand out.

Lexend fonts are designed to reduce visual stress and improve reading performance, initially for dyslexic and struggling readers but for everyone else.

The new version of Lexend is a variable font with a weight axis. It will ultimately offer a HyperExpansion axis, allowing variation of the inner and outer space of letterforms.

Lexend fonts are available for free on Google Fonts, and they have been proven to improve reading and comprehension by changing the font. The font is designed with clear and clean letters, and it has distinct features to avoid confusion between letters like i, j and l.

In conclusion, choosing the right font for your blog is crucial for readability and aesthetic appeal. From sleek and modern options like Open Sans and Roboto, to traditional choices like Arvo and Jost, the 14 fonts listed in this post offer a wide range of options for any blogger.

Consider factors such as readability, tone and style of your blog, target audience, and font compatibility when selecting the best font for your blog. Experiment with different options and don't be afraid to try something new.

Learn how others minting
money online

Subscribe below for a weekly newsletter featuring ways how people around the globe are minting a fortune online and sporting a positive change in their life! 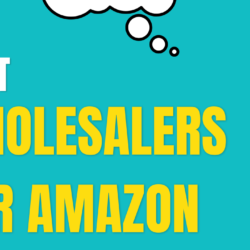 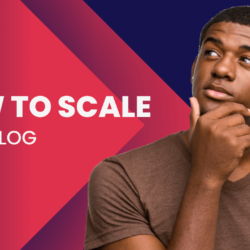 Learn how others minting
money online

Subscribe below for a weekly newsletter featuring ways how people around the globe are minting a fortune online and sporting a positive change in their life!